​Cognos Compatible With Windows 7 - Here is all you need to know!

Everywhere we look, software providers are coming out with new versions but unless it’s a major release, software compatibility is often overlooked. With the release of Windows 7, many hardware providers and IT departments are starting to ship laptops to employees with Windows 7 as the standard operating system. Many of us just assume it’s “Microsoft” so it must be compatible and they fail to confirm that the software is compatible with Windows 7. Additionally, software can function with 64 or 32 bit machines and some software is only functional on a 32 bit machine. So the question is, "Is Cognos Compatible With Windows 7?" because not confirming compatibility could result in big headaches. 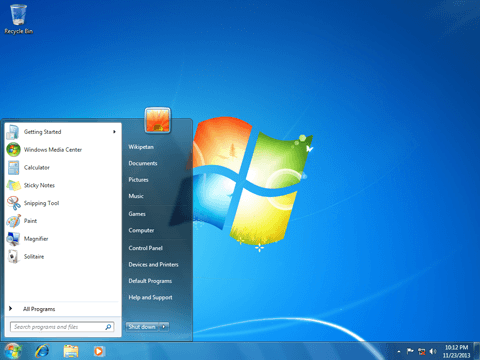 Lodestar Solutions recommends you go with releases of IBM Cognos that list your operating systems as Active to avoid potential issues. Your IT department probably confirmed compatibility with the databases utilized. What is often overlooked is compatibility with laptop/desktop operating systems like Windows 7 and versions of Microsoft Office and Internet Explorer or other browsers. Lodestar Solutions recommends that you click the link below for your version of IBM Cognos and look for the operating system you plan to utilize, you want it to be Active or Compatible. Additionally, check the Browser and Excel compatibility. Note that a number of the current releases don’t list Microsoft Excel 2010 as Active, but we anticipate this will be coming shortly, so check back with the IBM website.

IBM COGNOS PLANNING - If you are on an older version of IBM Cognos Planning or Adaytum, you might want to consider upgrading to IBM Cognos Planning 10.1. This release has some performance benefits, but is also the first release to list Windows 7 as “Active”.

IBM COGNOS BI - Cognos 10 has been out since October and it has some great new functionality; however, we encourage you to check your licenses to make sure you are able to take advantage of this functionality. See Previous Blog on C10 Licensing.

OTHERS – If you are looking for other IBM Cognos products and/or Versions, click below.

Software Environments for Other IBM Cognos Products and Versions

So for more information on "Is Cognos compatible with Windows 7" or other software compatibility or functionality, contact us at Sales@LodestarSolutions.com.

If you liked this blog on Cognos Compatible With Windows 7, check out our blog on creating filters in framework manager by ﻿clicking here.﻿