Reporting, analysis, budgeting and planning solutions for many years have leveraged multi-dimensional cubes similar to Excel pivot tables but better.   Business users, however, are asking for more and more data points to be included in their queries and analysis.  The results are that we suffer from painfully slow cube performance. If you are suffering from long response times, you need to check out in-memory cube processing for faster queries and results. IBM Cognos BI Dynamic Cubes and IBM Cognos Performance Management, (TM1) are example of in-memory cube technologies. Check out IBM's Cognos Dynamic Cubes Overview.

What is In-Memory Cube Technology?

In-memory cube processing enables users to have immediate access to information which results in more informed decisions. Traditional Business Intelligence (BI) technology loads data onto the disk in the form of tables and multi-dimensional cubes against which queries are run. Retrieving from a disk is the slowest part of processing and the more data you want… the slower it will be. To solve this problem, IT often pre-processed the data in cubes or query sets, basically chunking the data into smaller sets.  This was fine if we always knew what we wanted and didn’t change our minds. But, now we are interacting and asking more questions of the data. In-memory cube technology loads the data into memory (Random Access Memory (RAM) or flash memory) instead of going to get the data on the hard disks, saving you time!  An in-memory cube allows you to spend time analyzing the data, not waiting for the queries and cubes to build. It can also reduce the need for data indexing and storing pre-aggregated data.

If it’s so fast, why haven’t we had in-memory cube tech in the past?

Older 32-bit operating systems limited addressable memory to 4 GB, but the new 64 bit operating system can use a lot more addressable memory, like a terabyte, allowing us to cache large volumes of data.  This advancement in technology has caused a number of major vendors to release new versions that leverage in-memory cube processing.  IBM Performance Management (TM1), formerly Applix, has been in-memory for decades. As in-memory cube technology advances, it’s foreseeable that traditional data warehouses will be used for the data not often used and an in-memory cube will most likely become the norm.

Recommendation from a Business Analytics Coach

As a business analytics Coach at Lodestar Solutions, I recommend anyone looking for faster queries or faster cube processing focus on in-memory cubes solutions.  Since the cost of RAM has declined, it’s more cost effective to use in-memory cube solutions. 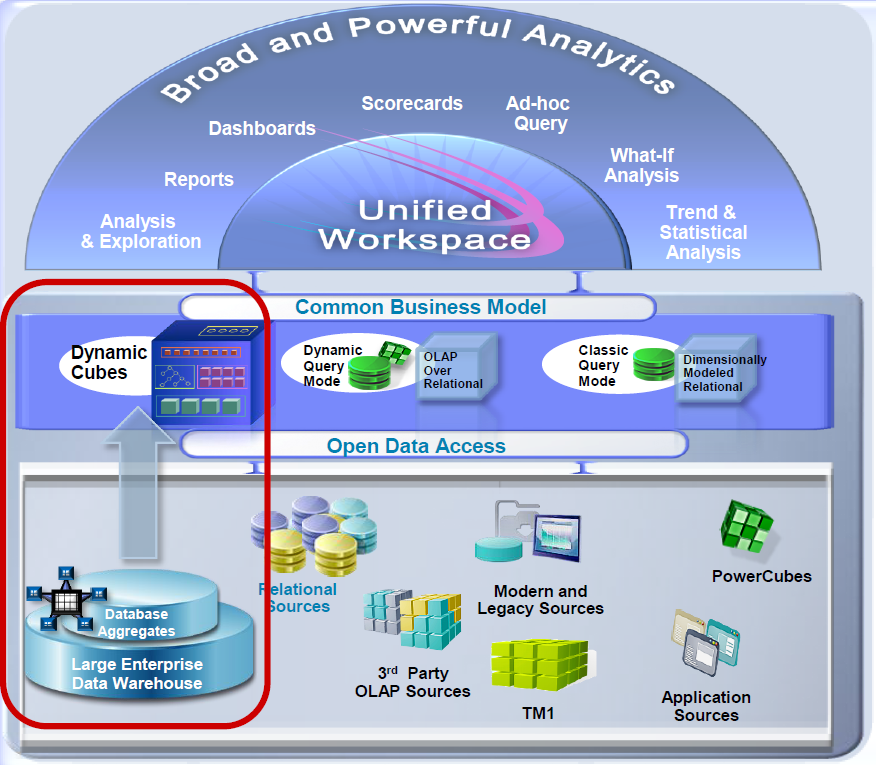 If you have questions on the benefits of in-memory cube technology, contact us at Sales@LodestarSolutions.com.