How is predictive analytics being used these days? Let’s look at two examples of how gathering information through social media and other outlets is being used to choose actors for television shows and how music is streamed to you.

How many of you watch House of Cards on Netflix? How many knew it was green-lighted based primarily on big data and predictive analytics gathered from viewing habits and patterns of their subscribers? And Kevin Spacey as the lead actor? Yep….selected primarily because of gathered data. They knew that people who watched shows/movies similar to House of Cards also watched a lot of Kevin Spacey movies. 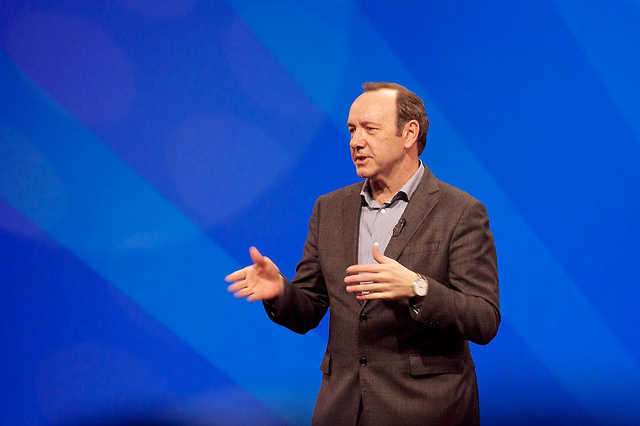 They then pitched it to Kevin knowing that people who liked “A” also liked “B”. Combine data from “C” and they predicted that “D” (House of Cards) will be a hit even before a pilot was shot.

Netflix has been collecting big data from their users. Every time they hit the pause button, fast forward, re-watch a show, abandon a show entirely after watching the first few minutes, what device they are using to receive their service, and MANY other “events”, it is logged, recorded, and analyzed. This allows them to come up with other ideas and concepts for shows.

Let’s now look at music. Forward thinking companies like Spotify are using new technology like Nestify. It is predictive analytics that targets and anticipates specific music depending on the time of day & activity you are engaging in without you having to manually select the genre. Take, for example, the song “Hooked on a Feeling” by Blue Suede which was prominently featured in the movie “Guardians of the Galaxy”. You click the “thumbs up” button on your media device while on the treadmill at 5:30pm. But how many people really want more cover songs from Bjorn Skifs and his 1974 bandmates? Nestify is using predictive analytics to distinguish the difference between your “most listened to” genre of Adult Contemporary (because you have it on while working as background music) and that time of day when you’re typically at the gym to start playing “Gonna Fly Now” from Rocky. Couple that with a GPS system in your device that will recognize/pinpoint when you actually arrive at the gym to start your “pump it up” playlist, and BAM! Your device will know you better than you know yourself.

There is a move towards “customer-centricity” where companies are reorienting their operating models around the customer. Studies have suggested that those with leading demand-analytics capabilities showed higher commercial performance levels compared to those that used more “traditional” methods. So, in summary, if you are not using or at least considering predictive analytics, the speed of technological advancements and how data is used is going to leave you in a position of playing constant catch up.