Did your recent IBM Cognos support bill include a line for IBM Connections license part E03VJLL? Are you wondering, “What the heck is IBM Connections and can I drop support on it?

The answer is yes. Clients can discontinue paying IBM Support for the IBM Connections on their Cognos support bill by simply not renewing your S&S on that license. But should you?

In July 2014, IBM made massive changes to IBM Cognos BI licensing. Basically, they supersized many of the IBM Cognos BI licenses and added functionality. You may have seen Lodestar Solutions Videos on this topic, “Decoding the New IBM BI Licensing Structure”. With the changes in July, IBM unbundled what you may have known previously as Collaboration, and later called IBM Connections, from the IBM Cognos Business Intelligence licenses and gave clients one BI part and one IBM Connections part. IBM separated the IBM Connections from the BI after receiving feedback that though both businessintelligence and collaboration are important to clients, they are typically managed bydifferent IT resources. The IBM Connections license extends beyond just IBM Cognos and impacts the enterprise. 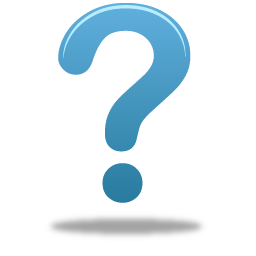 According to the IBM announcement on July 29, 2014 which stated...“IBM Cognos Business Intelligence will no longer ship IBM Connections. We recognize the ability to collaborate is critical to an organization's success. This migration will provide a full entitlement as outlined below which customers can optionally choose to renew their subscription and support.”

View the announcement by following this link: http://www-01.ibm.com/common/ssi/printableversion.wss?docURL=/common/ssi/rep_ca/9/897/ENUS914-159/index.html

So “Yes”, if you don’t want to use IBM Connections, you can choose not to renew your subscription and support from IBM. However, before you decide to dump the IBM Connections licenses, you should make sure you really don’t want or need them. For more information on IBM Connections, check out IBM’s marketing material at http://www-03.ibm.com/software/products/en/conn.

If you decide you want to keep the IBM Connections licenses, IBM has stated your S&S bill will not be increased beyond the standard annual increases. Please take note that somecustomers may see their initial quote increased due to how the IBMsystems process what is considered a complex migration of parts (one BI partreplaced by a BI part and a Connections part). So be alert and check you bill in comparison to last year. If this happens to you or you need help, Lodestar Solutions can help work with you and the IBM S&S renewal team to resolve the system issue.

To reference more information regarding this topic, visit "Part 1" of this topic by clicking here: https://lodestarsolutions.com/lodestar/?p=3654