​What is the IBM Cognos Analytics Server ICAS?

With all the massive changes by IBM to the IBM Cognos Licensing, people started to ask a lot of questions. Today we will address what is the IBM Cognos Analytics Server ICAS?

The ICAS is licensed based on Processor Value Unit (PVU) which is a number that IBM assigns to a specific processor core type. The number assigned to the core processor is multiplied by the number of cores being utilized resulting in the PVU licenses required. Please note that you can virtualize your machine. In the event your system has 8 cores and you allocate only 4 cores through virtualization, you will only be required to purchase licenses for the 4 cores according to the sub-capacity terms of IBM licensing. 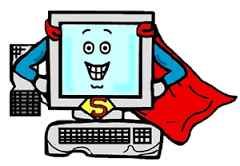 Link to the PVU Calculator.

Full IBM Cognos Analytics Server (ICAS) – This is the analytic server license that is required for the latest version of TM1/Performance management. This license is based on the PVU of your TM1 server and is typically used for planning, budgeting, and modeling.

Forward Looking Analytics Architect - One point that causes confusion is that the new Forward Looking Analytics Architect license includes 400 PVU’s of restricted ICAS. This is not the same ICAS that is required for TM1/PM (Full ICAS). The FLAA license is intended to introduce BI customers to the functionality provided by TM1/PM but does not provide the full functionality of the full ICAS. Customers that have the restricted ICAS may not implement the TM1 workflow that allows for submit/reject. They may not implement TM1 Scorecarding. They can, however, writeback to the server via the new Analytic Explorer role but it’s limited to widgets, CAFÉ, and Cognos Insight. Tm1 Web and Contributor rights are not included in the restricted ICAS server but they are available in the full ICAS license.

The TM1 server included in FLAA should NOT be used as a replacement for a planning and budgeting server. TM1/PM Modelers and PM Users do not have access to this server. In other words, if you purchase the FLAA license, it is treated as a completely separate server so you can’t combine the FLAA with the Full ICAS for TM1/PM. It’s also important to note that the Analytic Explorer license includes rights to write to the to the restricted ICAS server not to the full ICAS for TM1, for that you need a PM/ TM1 user or PM/TM1 Modeler.

Currently, a trade up part is not available if you purchase the FLAA, love the TM1 functionality, and want to upgrade to the full ICAS license. However, Lodestar or IBM representatives would be happy to help you with the upgrade.

Hopefully this helps answer any confusion about the IBM Cognos Analytics Server (ICAS). If you still have questions, please contact Lodestar Solutions at 813-415-2910 or sales@lodestarsolutions.com.

1 thought on “What is the IBM Cognos Analytics Server ICAS?”